Do you want to become a web developer or a JavaScript developer? Are you in process of interview preparation? Do you want guidance on the type of JavaScript ES6 Interview Questions that could be asked? Then spare a moment and check out the interview questions we have compiled for you. You will find here the ES6 Interview Questions that have a high chance of being asked.

JavaScript ES6 is nothing but the 6th version of JavaScript introduced in 2015. It is also called ECMAScript 6 or ECMAScript 2015. The standard used by JavaScript is ECMAScript only. ECMAScript specifies the way of working of the general-purpose programming language, JavaScript. It is the first major update after the ES5 standardized in 2009. ES6 overcomes several limitations of the core language with its new syntax and features including template strings, arrow fiction, and many more. Therefore, it makes coding easier for the developers because more work can be done with less code.

Let us have some insights on ES6 before moving further-

1. Differentiate between ES5 and ES6.

2. What are the reasons for using arrow functions in ES6?

ES6 is highly popular because of the presence of arrow functions as well. And they are used for-

3. What are the advantages of spread syntax in ES6?

The spread syntax is highly beneficial in ES6 for coding in a functional paradigm. We can use the spread syntax for creating copies of objects and arrays easily. We don’t require slice, Object.create, or any library function while using spread syntax. It has wide use in rx.js and Redux projects.

4. How are .apply and .call different from each other?

5. What is meant by Temporal Dead Zone in ES6?

The temporal Dead Zone is the period existing between the variable binding and the declaration in the program. The purpose of its existence is to identify program errors as a variable that we can access before the declaration. Also, it can be used to make const work properly. We can also use it for proof guarding JavaScript. 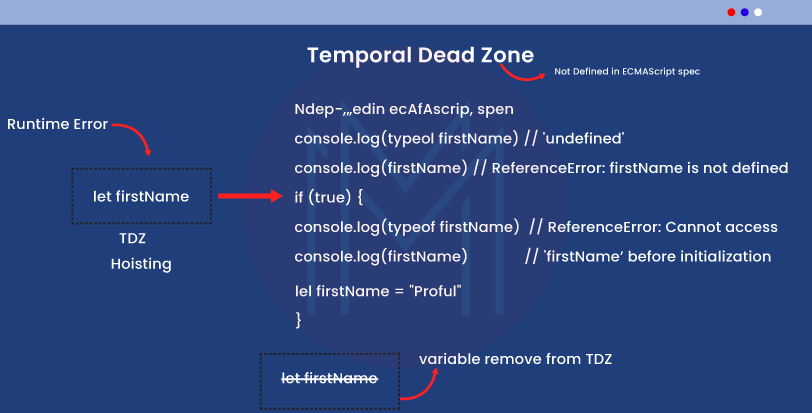 6. What is a spread operator?

The spread operator is denoted by ‘…’ and the variable follows it. For instance, its syntax looks like- ‘…Y’. We can manipulate arrays and objects using the spread operator which is the main reason for using it in ES6.  We can use it to copy one object’s property to another.

7. What is meant by default operator?

The default operator is used for initializing a function by default values. The parameter can take any value- a function or a number or even null.

8. What is meant by the rest parameter?

All the arguments needed for invoking a function can be recovered using this operator. Hence we can separate the items category-wise with the help of the rest parameter. We can combine the parameters in a common array parameter. 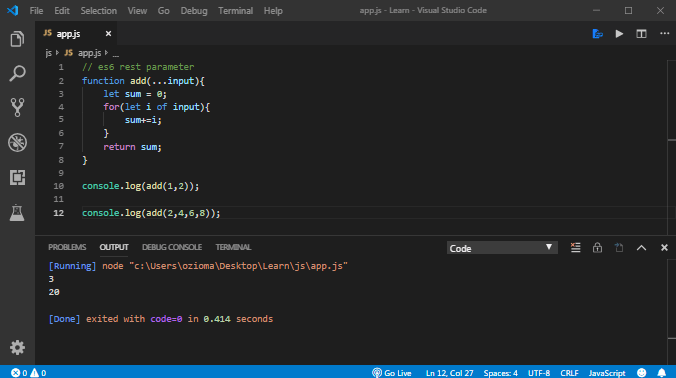 9. What are proxies and classes?

Proxies- Objects can be created using proxies and they can be hosted with a wide range of behavior. Profiling, as well as logging, is also helped by proxies.

Classes- patterns can be easily created using class declaration based on OOP (Object-Oriented Programming). It supports base class access and works with constructors, static methods, and inheritance.

10. What is the purpose of template literals in ES6?

Template literals are the strings with code embedded and having variables inside. We can interpolate and concatenate using template literals more comprehensively than the previous versions of ES. 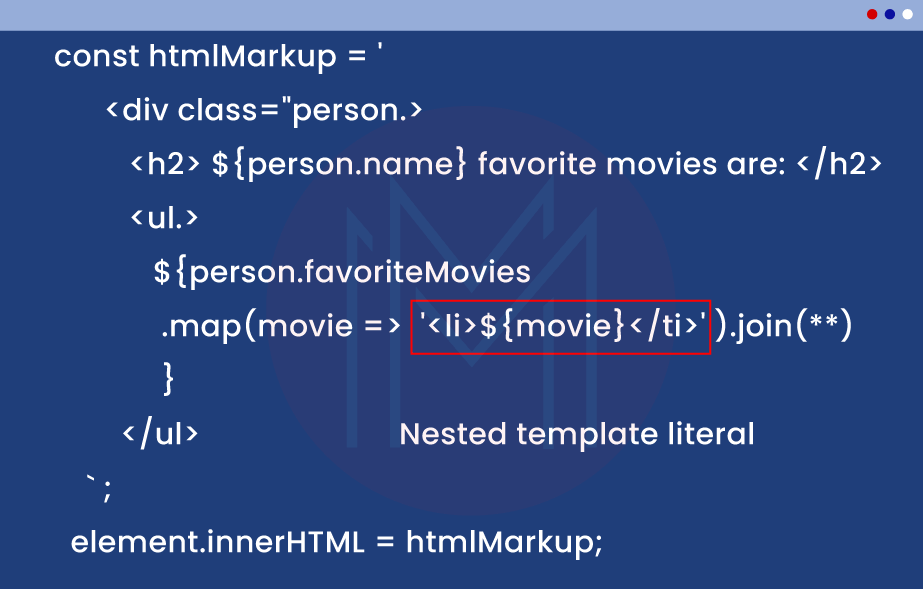 The most popular transpiler of JavaScript and the standard in the industry is Babel only. We can write our code in ES6 and then it can be converted back into the browser supported pre-ES6 JavaScript.

We need node.js and NPM for installing Babel. Therefore we need to ensure that node.js is already installed on the server.

Next, babel can be installed locally by the given commands-

13. Differentiate between const and object.freeze.

IIFE (Immediately Invoked Function Expression) gets executed immediately after its creation. We use this pattern often for avoiding the pollution of the global namespace. That is because all the variables we use inside IIFE are invisible outside its scope.

15. What new string methods were introduced in ES6?

The following string methods are introduced in ES6-

The advantages of the arrow function are given below-

2. Explain the de-structuring assignment in ES6.

We used to map values and keys with an object before the introduction of ES6. Now ES6 allows the representation of data in key-value pairs by using Map. The insertion order is remembered by Map. And the elements can be traversed in the order of insertion.

4. Explain for…of the loop with an example.

This kind of loop is used to iterate the iterables (string, array, etc.).

5. What is meant by Weakset?

The Weakset allows us to store the weakly held objects in a group or collection. Duplicate values can't be stored in Weakset just like a set. We can’t iterate the Weakset.

6. What is meant by Weakmap?

Weak maps are mostly like maps, but the weak map keys should be the objects. Each element is stored as a key-value pair where the weakly references are keys. Here, the objects include keys and arbitrary include values.

The elements are iterated by a weak map in their insertion order. Only the has(key), get(key), set(key), and delete(key) methods are included.

Earlier, the Callbacks were used to perform the task. Now, the promises overcome the Callback hell problem.

There are mainly 3 states of promises-

9. What is meant by Callback and Callback hell?

Callback- The execution of a function is handled by it after another function has been executed. It helps while working with events. We can pass a function to another as an argument in the callback. It is a great way to deal with basic cases like minimal asynchronous operations.

Callback hell- working with callback becomes messy when a web application including a lot of code is developed. This massive callback nesting is called callback hell.

10. List some new array methods that were introduced in ES6.

The main array methods introduced in ES6 are-

11. Give an example spread operator in ES6.

12. What is meant by generator function?

A new way of working with functions and iterators is provided by a generator. It is a different type of function that can pause once or multiple times but will resume later. The declaration function* defines the generator function.

The code doesn’t run when we call the generator. A special object- Generator object is returned for managing the execution. 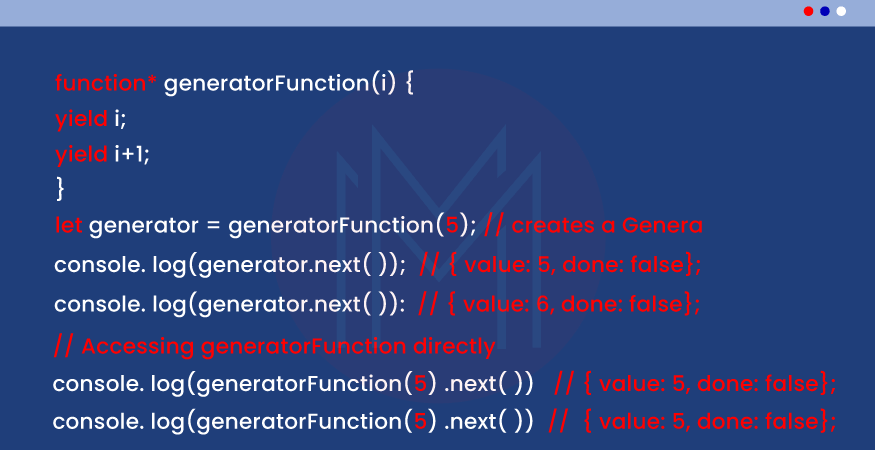 13. What are modules in JavaScript?

Module refers to the JavaScript code piece that is written in a file. It becomes easy to maintain code, debug code, and reuse code with the help of modules. Each module contains a piece of code that is executed when we load it.

14. When shouldn’t you use arrow functions?

We shouldn’t use the arrow functions in the given cases-

The export statement arises by the import statement when exporting objects, functions, and variables to the JavaScript modules is needed.

Named export- It is used for exporting multiple values. The imported module and exported module should match each other.

Default export- It is used for exporting a single module such as a class, function, object, etc. here, the names of imports are completely anonymous.

1. Name some popular tools that have integration with ES6.

The new features of ES6 are listed below-

ES5 is a subset of ES6. Therefore nothing specific has to be done. The ES5 code is present automatically in ES6. The increment adoption of the newer version becomes extremely convenient for this reason.

4. Mention some alternatives to ES6.

5. What are let and const in ES6? And how do they differ from var?

We used the var keyword to declare a variable in JavaScript. Var keyword falls under the function scoped category. The variables can also be accessed. Thus the code was wrapped in a function whenever a new scope had to be created.

Both let and const fall under the blocks scoped category. A variable exists within only the innermost block surrounding the keywords if a variable is declared. For instance, a variable declared inside a block using let inside can be accessed within the block only.

6. Give an example of let keyword.

The set collects all the new values. Any duplicate value shouldn’t be there in Set. They all should be unique. But the values can be object references as well as primitive types.

8. What is meant by the Arrow function? 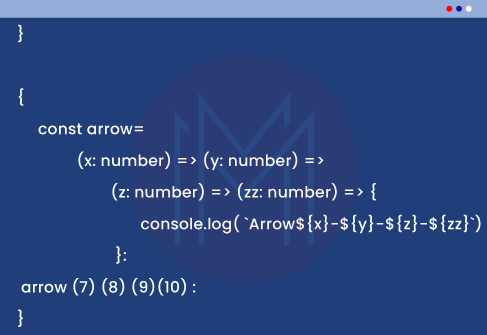 9. How do arrow functions differ from normal functions?

The following object-oriented features are available in ES6-

The main purpose of ES6 is to reduce the complex processes of software development. The resulting code is modern as well as easily readable. It provides incredible performance with limited consumption of memory. This makes ES6 highly favorable among the developers in every industry. Hence the opportunities for these developers have increased by leaps and bounds. And the ES6 Interview Questions provided here intend to take you closer to these opportunities only.